Let’s get in formation. 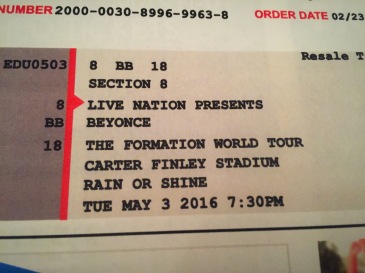 I was BEYOND stoked to see Queen Bey at Carter Finely on May 3rd… I just wish I had dressed more appropriately for the weather.  Note to self: don’t wear a long dress + suede boots even if there’s a chance for rain.

En route to Carter Finley the bottom fell out- rain, thunder, lightning + hail. Fun stuff, y’all.  The best part was we didn’t have to pay for parking due to the storm- woot, woot!! After tailgating in the parking lot for awhile we decided to make our way in so we could see DJ Khaled.  We got there in time to see the tail end of his performance.  It never fails: I will forever laugh every time I hear him say, “DJ KHALED!”

Beyonce opened to Formation, which was lit and the rest of the show followed suit.  When she opened to Formation she wore a victorian inspired look by DSquared2.  Other notable designers she rocked during her performances included Balmain, Roberto Cavalli, Atsuko Kudo + Gucci.  To see her complete looks check out Fashionista. During the middle of the concert the bottom fell out again and we had to evacuate Carter-Finley to either the PNC Arena or the NC State Indoor Practice Field.  We chose the indoor football field, because we wanted to see what it looked like. It was nice + still smelled brand new, or maybe that was the fake turf. It wasn’t until close to 11PM that we were allowed back into the stadium.  Like I mentioned before, I wore the wrong outfit- my long Pink Stitch dress + Dolce Vita Grayden boots which were covered in mud. 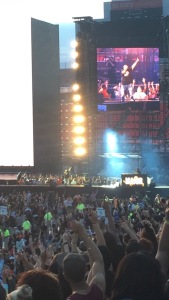 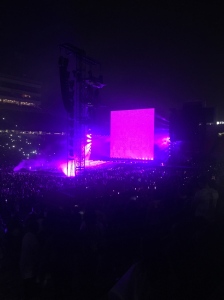 By the time the show started back up again about 25% of the crowd had left.  We were bound + determined to stay for the entire show even though I knew my tail would be dragging next day at work.

Beyonce’s show was absolutely PHENOMENAL! My favorite performances of hers was Formation, Run the World,  Ring the Alarm + Freedom.  She performed Freedom in a pool of water + it was sick!  A bittersweet moment is when the screen went purple and they played Purple Rain by Prince. It gave me chills. 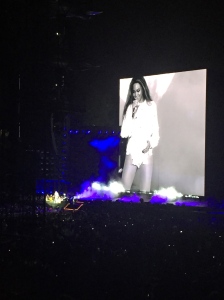 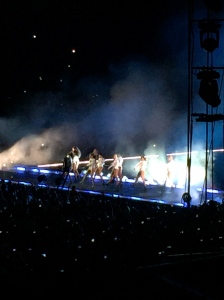 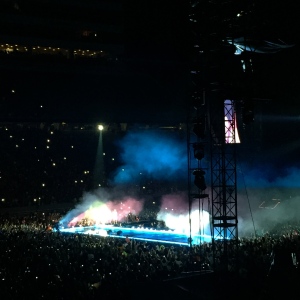 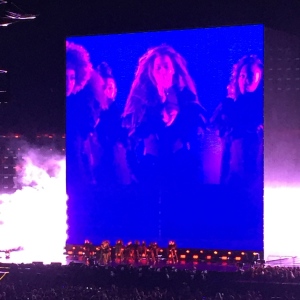 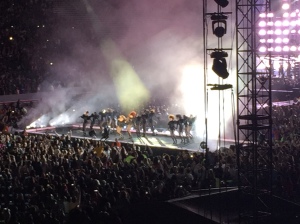 Setlist from the show:

I didn’t get home until after 1AM, but that didn’t mean I crashed immediately. I had to shower after being covered in rain/ mud and then I spent about a good 30 minutes working on rescuing my boots.  The good news is they survived the Formation Tour!