I swear, it’s going to take me a year to do the entire recap from my California trip… but I’m going to finish it!!

On day two we spent the better part of the morning continuing our “tour of San Francisco.”

First Stop: The Full House house.  Y’all, I can’t even tell you how excited I was about seeing this.  I grew up on Full House and have probably watched all the episodes multiple times (it ranks up there with Saved By The Bell, the original 90210 series, Law + Order: SVU + FRIENDS episodes that I could binge watch repeatedly). We totally nerded out on the way to see the house by listening to the Full House theme song.  I have no shame in admitting that.  Not to mention, Fuller House was about to be released on Netflix so it was perfect timing. 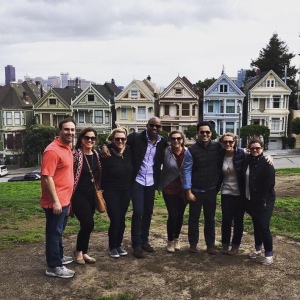 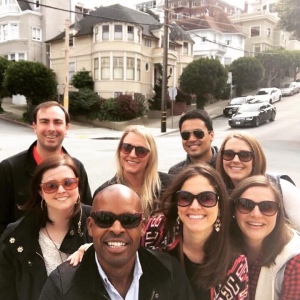 Fourth Stop: The Golden Gate Bridge.  Is it always that windy by the bridge? I’m not going to lie, I didn’t get many good photos of myself there due to the wind. Major buzzkill.  I was hoping I’d get a good one for my Bumble profile.  Oh well! We probably spent 30 minutes getting a really good blowout with major tangles on a dreary day. 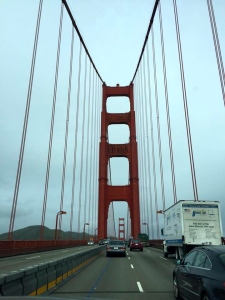 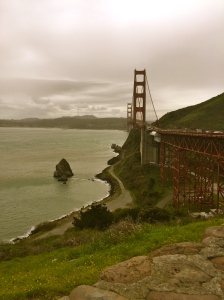 While we made our way out of San Francisco we made a pit stop in Sausalito for lunch at Copita.  They had a drink on the menu called ‘Ziggy Stardust’ and wish I had ordered it in honor of my man, David Bowie. If I ever come across another Ziggy Stardust, you better believe I’m going to order it.  After lunch we loaded up the suburban to head to our house in Napa Valley, but we had one more pitstop to make- go to Lagunitas Brewery! 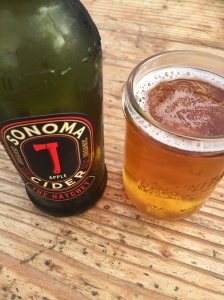 The rest of the day was chill- we had to get settled in our house and rest up for our big WINERY tour.  Let’s hope my recap from the winery tour won’t be next month. I’m going to try to finish up my California recap before I go to Blowing Rock for a girl’s weekend.